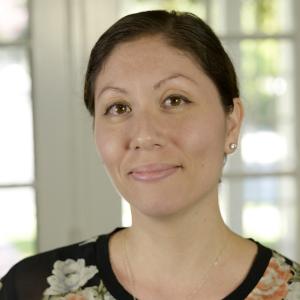 1. Enteric Nervous System Formation and Neural Crest Cell Diversification: We utilize various experimental approaches to quantitatively determine how the vertebrate embryo sculpts the enteric nervous system from neural crest stem cells. To this end, we investigate which genetic programs dictate neural crest transformation into functional enteric neuron types, the factors that control their proliferative expansion and their transformation into abnormal cells during pathological states, including cancer. We also examine how the enteric neural circuitry is established. We leverage a combination of confocal time-lapse imaging, classical developmental biology assays, genetic perturbations, bulk and single-cell RNA-seq transcriptomics, bioinformatics and computational methods. Neural crest cells are stem cells that migrate to various locations and give rise to many diverse and fundamental cell types in the vertebrate body. The ENS largely arises from “vagal” neural crest stem cells that originate from the post-otic dorsal neural tube, a transient structure during development that will give rise to the central nervous system. Vagal neural crest cells eventually can give rise to the cells of the outflow tract of the heart, enteric ganglia, sympathetic ganglia, thymic connective tissue, as well as pigment cells of the skin. Therefore, they are fundamental to life. To become enteric ganglia during development, vagal neural crest migrate ventrally from the neural tube and enter the primitive foregut tissue. They then migrate along the rostrocaudal extent of the gut in response to microenvironmental signaling cues to until they eventually reach the hindgut. These enteric neural crest cells (ENC) eventually give rise to a diverse array of neurons and glia that form the enteric ganglia. What dictates whether vagal neural crest will give rise to enteric ganglia or other derivatives, such as pigment cells, remains elusive. To address this lack of knowledge, we study what regulates vagal neural crest cell delineation primarily using transcriptomics and hypothesis-based experiments in the zebrafish embryo. 2. Spatial and architectural organization of the developing ENS: One area that has received meager attention, is the development of zebrafish as a research model for how the ENS architecture and neural plexus is patterned. We perform characterization studies, to improve zebrafish ENS architecture and composition descriptions, which will enable us to move forward with it as a powerful and useful system of ENS research. 3. Neural Crest and Neuroblastoma: We are currently undertaking hypothesis-based experiments to understand how neural crest cells abnormally give rise to neuroblastoma in the zebrafish model, centered on early events in neural crest lineages hypothesized to give rise to neuroblastomas in human. From these neural crest-neuroblastoma studies, we hope to increase fundamental knowledge on the mechanisms that underpin neuroblastoma oncogenesis.