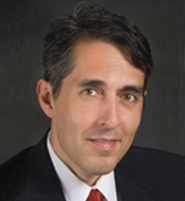 Professor and Director of Research

Department of Psychiatry and Behavioral Sciences

Dr. De La Garza conducts laboratory studies in humans to investigate the safety and efficacy of novel medications for methamphetamine and cocaine addiction. He is also interested in cancer prevention as it relates to smoking cessation research and is conducting a study for alcoholism among veterans with traumatic brain injury and post traumatic stress disorder. Dr. De La Garza has published more than 75 peer-reviewed scientific articles and he has 3 active National Institute on Drug Abuse grants as Principal Investigator and 4 active grants as Co-Investigator. He has received numerous honors including being named a Distinguished Alumnus of his alma mater, and being appointed a Kavli Fellow of the National Academy of Sciences. He is an appointed member of the National Institutes of Health study section Biobehavioral Mechanisms of Emotion, Stress and Health. Notably, Dr. De La Garza is a member of the Board of Directors and current President of the College on the Problems of Drug Dependence – the oldest and largest scientific society dedicated to addiction research in the country.