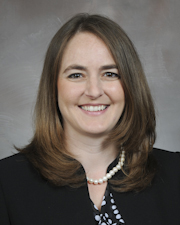 Although congenital anomalies of the kidney and urinary tract (CAKUT) are the predominant birth defects diagnosed in the prenatal period and are the most common cause of pediatric end stage renal disease, only 13% of cases have a known monogenic cause. CAKUT can result in defects in the formation of nephrons, which are required for the function of the kidney. During kidney development, early beta-catenin-mediated Wnt signaling, which is required for nephric mesenchyme condensation into epithelia, transitions to planar cell polarity (PCP)-mediated Wnt signaling, resulting in morphogenesis and differentiation of the nephron. A balance between beta-catenin and PCP signaling is thus critical in kidney formation and maintenance, with disruption of this balance promoting cystic diseases and kidney cancers. Our laboratory uses Xenopus (frog) embryos to understand how cells communicate via Wnt signaling to coordinate nephron formation and how this process goes awry giving rise to CAKUT.