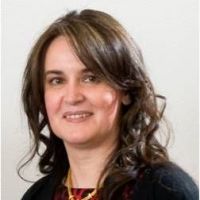 We are specifically interested in mechanisms that increase the production and the survival of newly born neurons in the dentate gyrus. We study the role of electrical activity on the birth of new neurons, and the role of microglia, an innate immune cell in the brain, on their apoptotic death. We utilize the transgenic mice in which neural stem/progenitor cells, neuroblasts, or microglia are labeled with fluorescent proteins, and we use a variety of primary culture and slice culture systems, confocal and multi-photon microscopy techniques, biochemical assays, and behavioral paradigms. We also aim to translate our basic science research to clinical studies. To achieve this, we investigate the metabolic fingerprints of cells of interest, both in vitro (using NMR) and in vivo (using nMRI), and develop signal processing methodologies that enable detection of these fingerprints in the live human brain. Thus, we have developed a both cellular and systems metabolomics strategy that allows for identification and quantification of specific metabolites as well as sets of metabolites that are impaired in certain disease conditions. Once a specific fingerprint is determined and validated in cellular and animal models, we can apply it for human brain imaging, using MRI spectroscopy. We have already discovered a biomarker enriched in neural stem/progenitor cells, which enables detection of these cells in the human hippocampus. Using the same approach, we are now investigating the metabolic fingerprints of microglia.