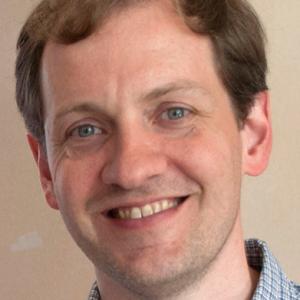 Professor of Chemistry and Bioengineering; Associate Chair for Undergraduate Studies

Effect of pH, temperature, and ionic strength on the physical properties of Multidomain Peptide Hydrogels

Supramolecular chemistry is an emerging sub-discipline of chemistry that primarily concerns itself with non-covalent intermolecular interactions. These relatively weak forces are used in large number to create nanometer sized objects in a massively parallel fashion. The inspiration for this area of research comes primarily from advances in our understanding of biological systems and the miraculous structures found therein. Great strides have been made to mimic both the structures found in biological systems and the approaches that biology uses to create these structures. Although many of these advances are truly remarkable, and many may find practical application in the future, a situation has arisen where we are able to produce materials which have no easy method of manipulation or organization into higher order structures. It is analogous to being able to produce a wheel and an axle and having no way to connect them to one another, let alone to a cart. Alternatively one could compare this stage of supramolecular chemistry to traditional organic synthesis of a century ago when the number of chemical transformation and protecting groups was severely limited. In order to bring supramolecular chemistry to a new level of sophistication methods by which two or more supramolecular objects can be coupled or organized must be developed. My research is directed at solving this problem by employing a second step of self-assembly, covalent capture and / or mineralization to create complex and functional assemblies. Three projects are starting in my lab which address this. The first uses the self-assembly of coiled-coils (a pair of alpha-helical peptides wound around one another) as a framework for the secondary self-assembly of a conductive organic matrix to form wires with nanometer dimensions. These wires, unlike in most other approaches to nanoscale electronics, may be able to organize themselves in neural networks that can readily interface with traditional electronics. The second project is geared toward the synthesis of an artificial extracellular matrix (ECM) for use as a drug and cell delivery vehicle in tissue regeneration therapies. This biomimetic material will be prepared through two steps of self-assembly followed by covalent capture. The third project targets the synthesis of novel catalysts and magnetic materials. The preparation of these materials uses the mechanisms involved in biomineralization that allow biology to create an amazing diversity of inorganic and composite materials such as shells, teeth and bone.